Okinawa’s natural environment is under threat, how can scientists help?

OIST domestic economic impact is ¥228 for every ¥100 invested 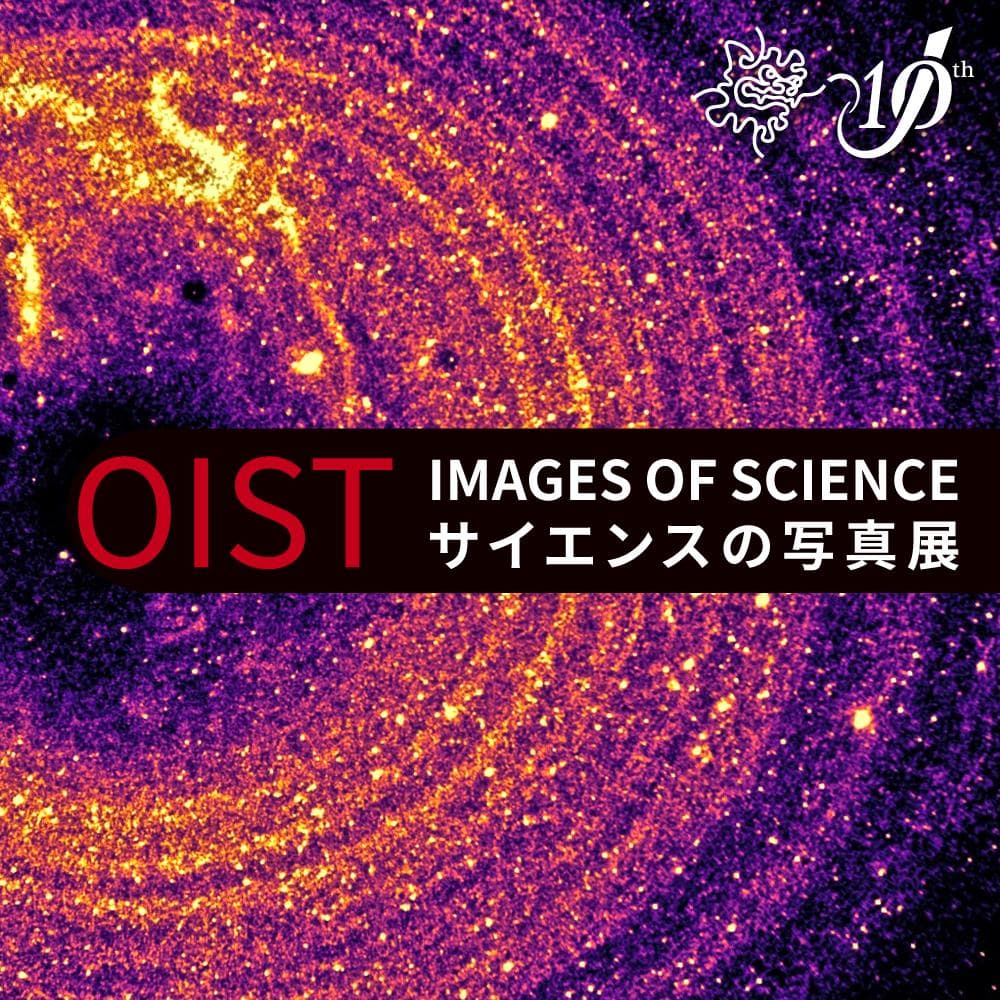 Okinawa Prefecture and Tokyo
An exhibition of images generated by OIST researchers in the past 10 years, offering the visitor a glimpse into the innovative, diverse, and unique research done at OIST. 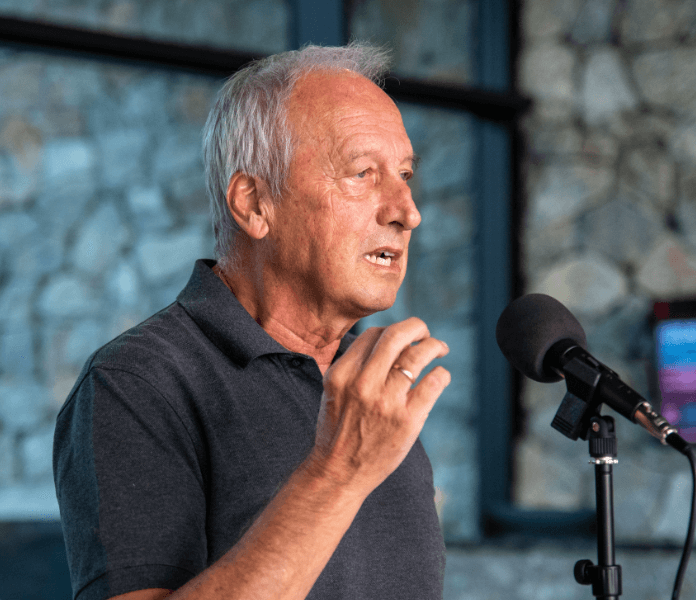 President and CEO of OIST

“ After ten years, we are building on strong foundations and making bold steps toward our mission of becoming a global leader in cross-disciplinary research. ” 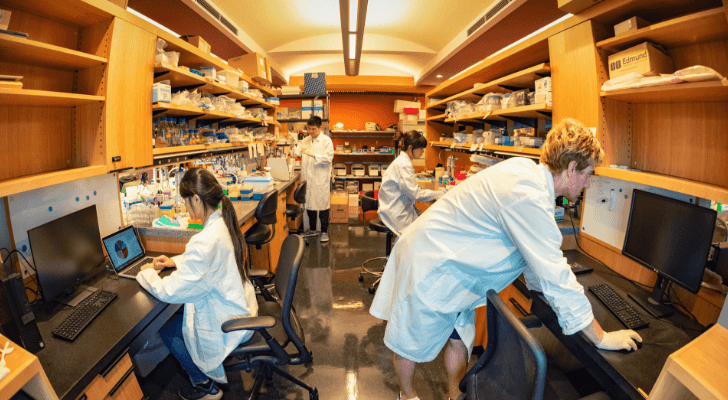 OIST is an interdisciplinary graduate school offering a five-year PhD program in Science. We focus on excellence in research, education, and innovation fostering new ways of working that transcend the traditional boundaries that divide scientific disciplines within a fully international environment, recruiting outstanding faculty, students, postdoctoral fellows, and staff from around the world.

OIST was founded by the Japanese government to contribute to the advancement and self-sustaining developing of Okinawa and to the development of science and technology worldwide. Our vision is the advancement of knowledge for the benefit of humanity.

In the ten years since its inauguration, OIST has grown rapidly in size and reputation. Scroll down to see milestones in our development.
Click the red arrows to see additional information.

Announcement of a new international graduate university in Okinawa 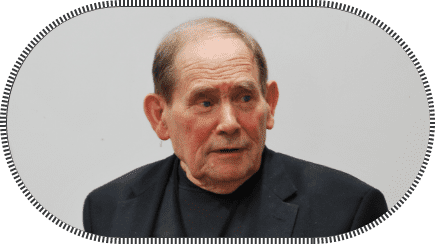 Born in South Africa in 1927, Dr. Brenner completed a Master of Science degree in Anatomy and Physiology from the University of Witwatersrand before undertaking a Doctor of Philosophy (DPhil) at Oxford University. He later joined the Laboratory of Molecular Biology in Cambridge, where he became the director of the Medical Research Council in 1979.

Dr. Brenner led a distinguished research career in the field of genetics and molecular biology. In the early 1960s, he co-discovered the existence of messenger RNA and demonstrated that the nucleotide sequence of mRNA determines the order of amino acids in proteins. For this discovery he was awarded the Lasker Award in Basic Medical Research in 1971. He not only established the roundworm (Caenorhabditis elegans) as a model organism for research in the fields of genetics, neurobiology and developmental biology, but his pioneering research on it won him the Nobel Prize in Medicine or Physiology along with his colleagues Drs. H. Robert Horvitz and John Sulston in 2002.

Beyond research, Dr. Brenner played an instrumental role in establishing several leading international research institutions all over the world, including the Molecular Sciences Institute in California, founded in 1996, and OIST. Dr. Brenner founded and served as the President of the OIST Promotion Corporation between 2005 and 2011, setting a strong foundation on which the university has established itself as an emerging leader in graduate education and research internationally. For his commitment and efforts towards establishing OIST, Dr. Brenner was awarded the Grand Cordon of the Order of the Rising Sun by the Japanese government in 2017. Prior to his retirement from OIST, Dr. Brenner made a generous donation of 5,000,000 yen to establish a scholarship fund to support tuition and research expenses of OIST graduate students.

Lab 1 was the first lab building designed and built for OIST and set the standard for the lab buildings that followed. Lessons learned from the operation of Lab 1 provided valuable insight for later construction.

Lab 1 houses faculty offices, wet and dry labs, research facilities for more than 20 research units, and other major resources such as the Electron Microscope Suite, the DNA Sequencing Center, and the Supercomputing Center.

In 2010 OIST received a Good Lighting Award for excellent illumination facilities in Lab 1. About 90% of all lights are LEDs which use about 25% less energy than conventional light bulbs.

The Center Building was designed to function as the central hub of the first three lab buildings and the main entrance to OIST, through the Tunnel Gallery. A set of elevators at the end of the subterranean Tunnel Gallery bring visitors up a great distance to the three floors above. Level A, the first floor of Center Building, houses administration offices. Level B, the second floor, includes a library, two large seminar rooms, the Health Center, and a clinic. The top floor, Level C, with its grassy, open-air Center Court, is the true hub of OIST’s earliest facilities. All three lab buildings are directly connected to this level, which includes two seminar rooms and a café which boasts the Center Court as its outdoor seating. Part of Level C, including the café, is open to the public. 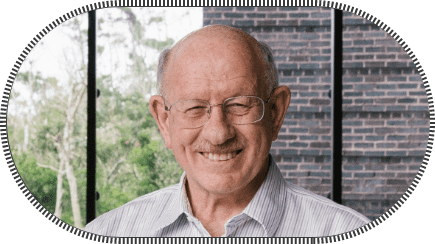 Born in 1947 in Cape Town, South Africa, Jonathan Dorfan is a world-renowned physicist who earned his BSc in physics and applied mathematics at the University of Cape Town in 1969. Upon completing his PhD in experimental particle physics from the University of California, Irvine in 1976, Dr. Dorfan joined the Stanford Linear Accelerator Center (SLAC) and became its director from 1999 through 2007. Under his leadership, SLAC led the development of the main instrument for NASA’s Fermi Gamma-ray Space Telescope and secured the world’s first X-ray free-electron laser. As a researcher, Prof. Dorfan’s interests encompassed experimental particle physics, the fundamental makeup of matter, accelerator design and construction, and accelerator-based cancer therapy using protons and heavy ions.

After transitioning SLAC from a single-purpose particle physics research center to a multi-program laboratory serving scientists worldwide, Dr. Dorfan carried over his experience to OIST as its inaugural president in 2010. During his tenure as OIST President and CEO, Dr. Dorfan turned the conceptual aims of OIST into reality. He oversaw the assemblage of infrastructures and equipment for state-of-the-art research and quality of life support for faculty and students. He also initiated the second phase of OIST's growth with the construction of Laboratory 4, which became operational in April 2020. Dr. Dorfan expanded the OIST faculty with an ambitious recruitment strategy, which enabled OIST to attain university accreditation by 2011. His efforts instilled an atmosphere of interdisciplinary research and education comprising of world-competitive faculty and students to the university campus, which lead to OIST being ranked 9th best academic institution in the world based on the 2019 Nature Index.

Jonathan Dorfan retired from OIST in December 2016 and is now the President Emeritus. He is also Professor and Director Emeritus of SLAC and holds honorary doctorates from the University of Cape Town, Technische Universität Dresden, the University of Maryland University College, and the Weizmann Institute of Science. In 2016, Dr. Dorfan was awarded the W.K.H. Panofsky Prize in Experimental Particle Physics for his leadership in the BABAR and Belle experiments. In 2017, he was awarded the Order of the Rising Sun, Gold and Silver Star, one of Japan’s most distinguished national decorations, for contributing to the development of Japan’s science research and education. In 2019, Dr. Dorfan became a member of the University of California Irvine School of Physical Sciences Hall of Fame.

Ever active in the science community, Dr. Dorfan's long record of affiliations from serving as an advisor, chairman, or board member includes the International Committee on Future Accelerators, the Large Synoptic Space Telescope Corporation, the Weizmann Institute in Israel, the Max Planck Institute for Physics in Munich, IST Austria’s ISTScholar, the US Department of Energy, the International Linear Collider Global Design Effort, and the John Adams Institute for Accelerator Science at Oxford University. 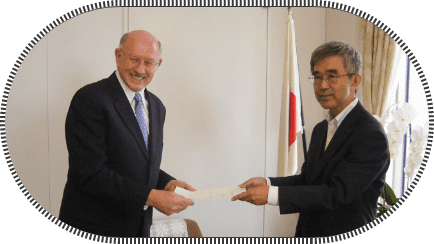 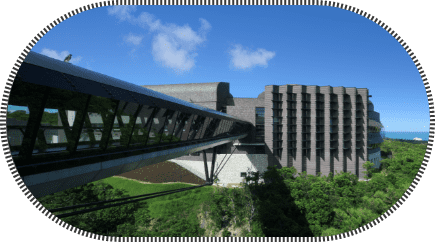 Lab 2 is connected to Center Building through the Skywalk, a suspended bridge that traverses the valley between the two buildings, offering magnificent views of the campus and the sea. In addition to dry and wet labs for about 20 research units, Lab 2 also includes laser labs and clean rooms. Lab 2 is directly attached to Lab 3 which in turn is connected to Lab 1 and Center Court through open or enclosed skywalk bridges. 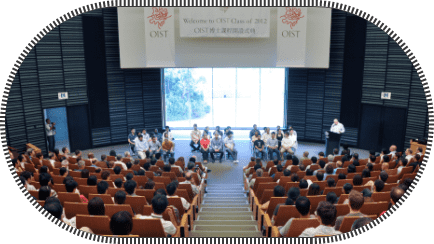 OIST held a Welcome Ceremony for its first class of students on September 3, 2012. 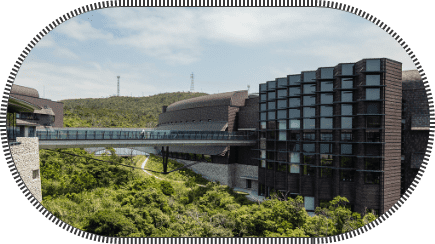 Lab 3, completed in 2015, was the last building in the complex of four designed prior to the establishment of OIST as a graduate university. Directly attached to Lab 2, Lab 3 is connected to Center Court and Lab 1 with skywalk bridges and to Lab 4 through an underground corridor.

Approximately 20 labs and offices for principal investigators, the office of Graduate School, and several classrooms are located in this building. The Graduate School is responsible for all affairs related to graduate students, including admission of students and administration of the education and research programs. Lab 3 also houses TDIC (Technology Development and Innovation Center) which is responsible for technology licensing, business development, management of the university’s startup incubator facilities, and many other activities related to industrial relations, patents, and intellectual property. 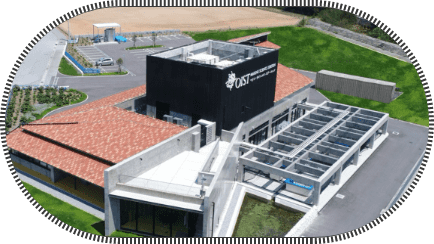 The location of OIST, an island surrounded by the sea, makes it an ideal institute for marine science research. With the increase of marine science units on the main campus, a decision was made to build a lab building exclusively for this field of research — the OIST Marine Science Station. A seafront site was provided by Onna Village in Seragaki, approximately 8km northeast of the main campus, and construction of the building was completed in 2016. The Marine Science Station includes both indoor and outdoor tanks that receive filtered and unfiltered seawater directly from the sea through underwater pipes pumped to seawater tanks on the roof top. The darker structure in the middle in photo below is a wall of seawater tanks. 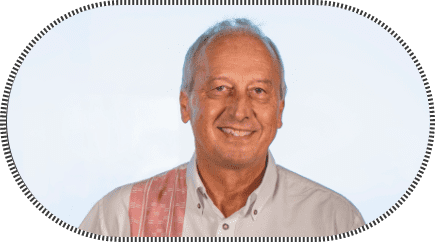 The Board of Governors of the Okinawa Institute of Science and Technology appointed Dr. Peter Gruss — internationally recognized researcher in gene regulation and embryonic development and former President of the Max Planck Society — as the CEO and President of OIST. 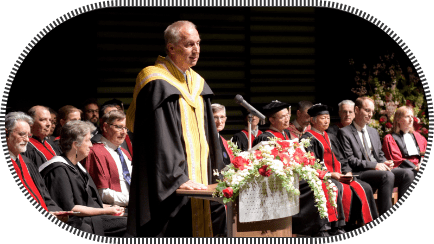 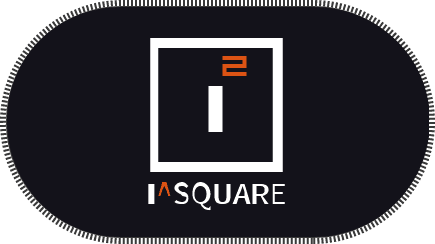 In December 2018, the OIST Innovation Square, a startup incubator with several accelerator and funding programs, was established. 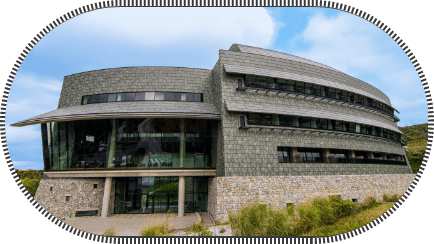 With about 20,000m2 of floor area, Lab 4 is OIST’s largest lab building, and it is located higher up than any other building on campus.

During planning, it was decided that the offices of the president and other executives would be moved to Lab 4. In addition to about 20 wet and dry research labs and offices of principal investigators, Lab 4 includes a second cafeteria space, the Ganjuu Wellness Center, the Resource Center, and the Children’s Research Center, a lab dedicated to furthering understanding of ADHD in children.

A timelapse of the construction of Lab 4, with original music by OIST researcher Johannes Schönke, who makes music as Oceanfront. 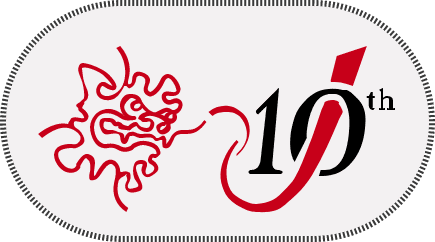 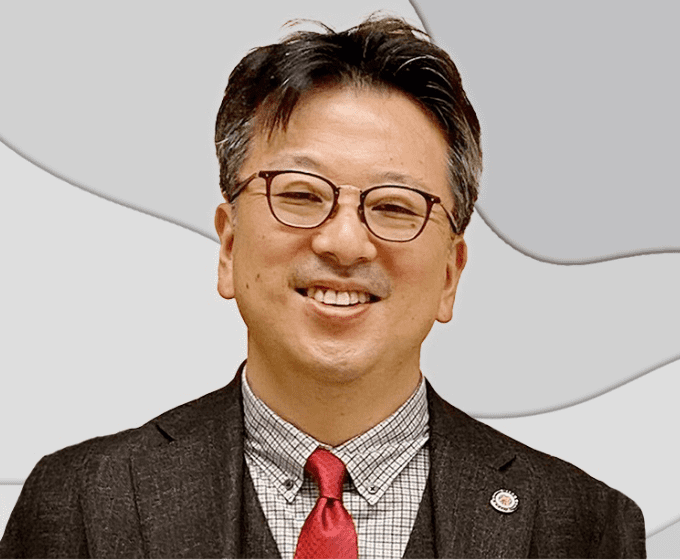 “OIST’s unique perspective must continue to be nurtured and developed to create a platform that attracts the best and brightest from around the world to Okinawa, which will have a positive impact on Japan’s society and education system in the future.” 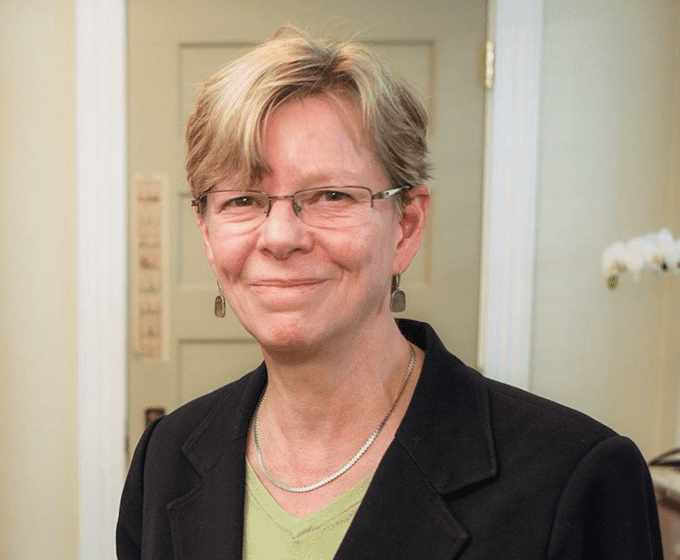 “I’m certain that OIST founders Akito Arima and Koji Omi who worked so hard to realize their dream would be proud.” 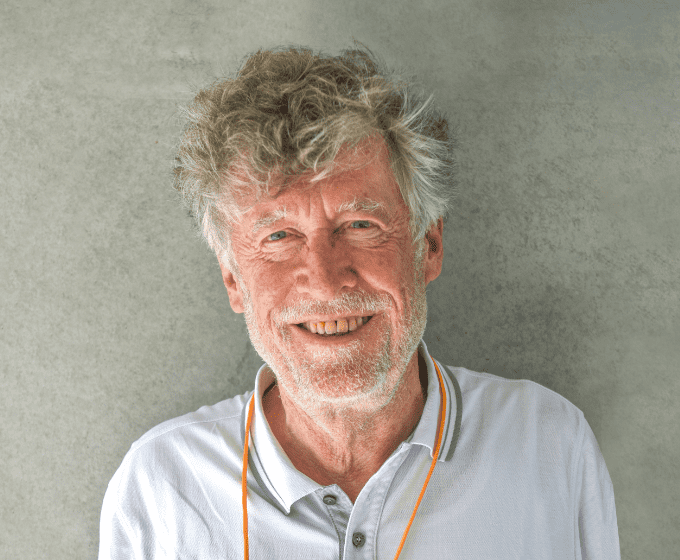 Chairman Emeritus, Board of Directors, DESY

“My thanks go to the Japanese people and government who have provided the financial support to make OIST happen. My wish for OIST’s future is that it will be able to find adequate support to continue on its remarkable trajectory of world-class excellence.” 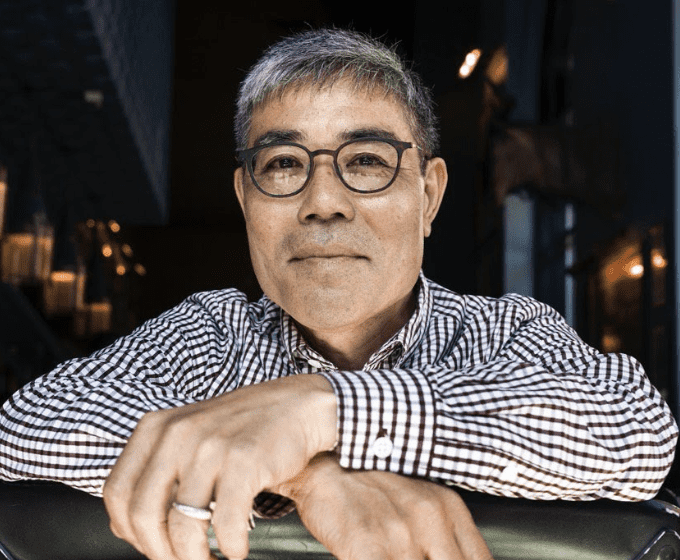 “I firmly believe that the single most impactful thing that can be done for Okinawa and Japan is to continue to invest in OIST’s noble endeavor.” 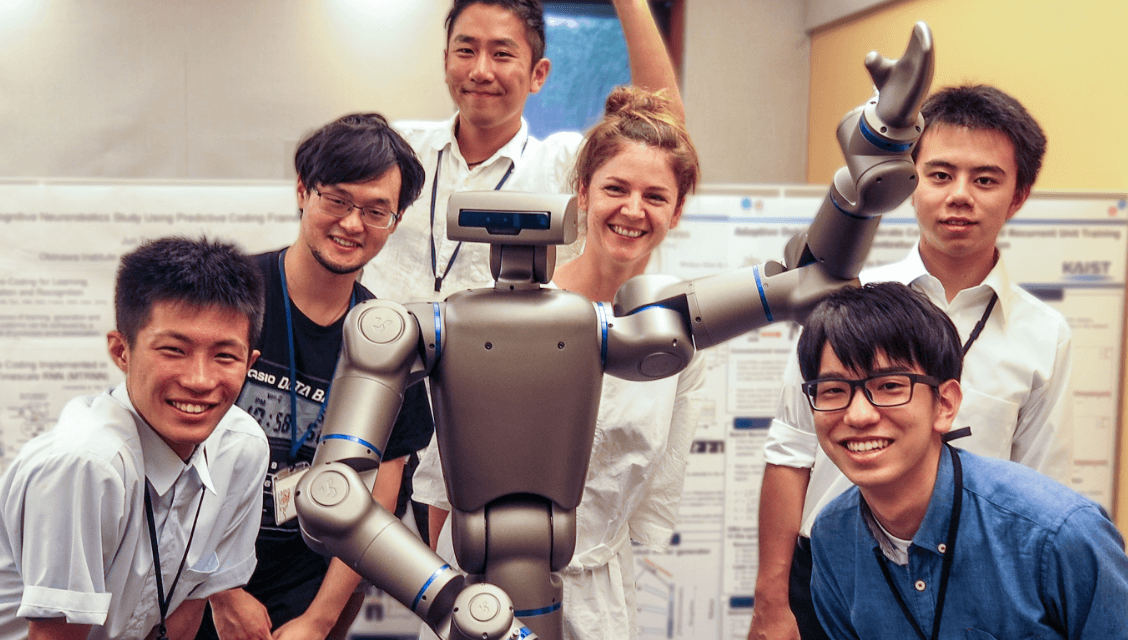 In its first ten years, OIST has made extraordinary progress in becoming a world-leading, cross-disciplinary institution that fosters the innovation needed to solve our most urgent problems in Okinawa, Japan, and around the world. You can help OIST to achieve even greater impact in the next decades by contributing to the 10th Anniversary Campaign.