On November 6, 2021, OIST will celebrate its 10th anniversary, and we ask for your help in spreading the word. On this page, you can find the 10th anniversary logo, custom Zoom backgrounds, and social media templates to share on your networks. Join in the celebration by telling people about OIST.

We’ve created a social media template message below, but feel free to make this your own. Thank you for helping us spread the word by sharing this on your personal social media. Select the preferred platform and let’s celebrate #10YearsOfOIST!

Here's a preview of the message:

About the OIST 10th Anniversary Logo

Design proposals were solicited from the university community to raise awareness of the 10th anniversary and to give members a chance to show their creativity. After a rigorous evaluation of 12 submissions, Kaori Serakaki’s design was selected.

About the design concept

The line bouncing upward from the OIST logo represents growth, development, evolution, and future prosperity, representing OIST's growth to date and its future as it celebrates its 10th anniversary.

The arc line in the center represents a "bridge." OIST is a bridge that connects Japan to the world, the past and the future, discovery and impact, academia with industry, and government and community.

Kaori Serakaki is the proud logo designer, "I was born and raised in Onna Village, where OIST is located. I work at OIST as a graphic designer and have witnessed the brilliance of researchers from around the world. I also have been impressed by how many people have supported the university. I am delighted to be able to give form to the thoughts and feelings of these people in designing the OIST 10th anniversary logo."

This logo is the official logo of the OIST 10th anniversary. Please refer to Chapter 15 of the OIST Policies, Rules, and Procedures (PRP) for detailed information and instructions concerning use of University trademarks. 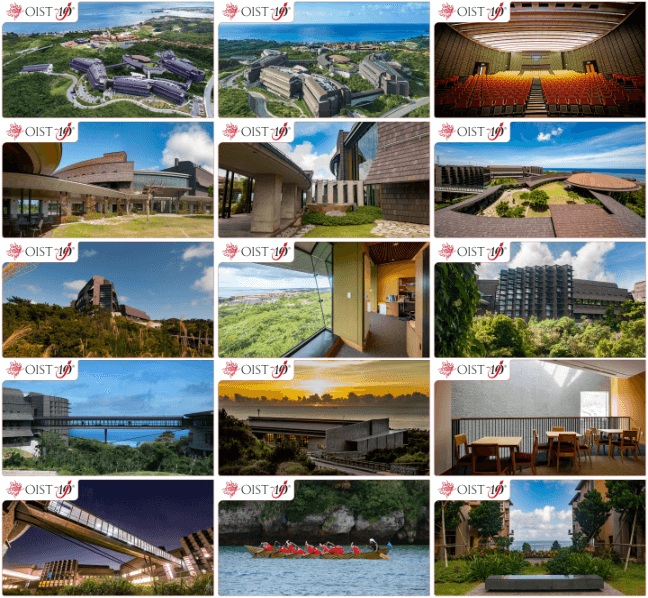